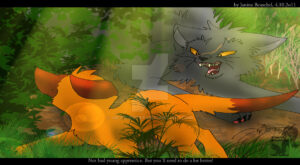 There seems to be too many people in the world who are easy prey. If you read the daily news on the internet or watch it on the TV, you are probably amazed as much as I am as to the number of people who are targeted as easy prey. When you first hear those words you may automatically assume that I might write about animals stalking their prey. However, in the world today, its people who are now easy prey. Like the animals of the jungle or forest, the stalker locates its target and then plans its attack. The same is true for people. For example, the men who escaped the prison in New York and the murderer who escaped in North Carolina. The convicts unwittingly helpers were easy prey. They may have been promised money, love, or possibly a new identity and travel. Now all these helpers will spend time in jail. There are groups who target individuals who appear to be easy prey such as unhappy teenagers, young adults with no direction in life, lonely middle aged women and senior citizens. I remember reading a book when I was a teenager about a girl who ran away to New York hoping to escape her life with her family. In the book, her life wasn’t that bad, but once she hit the streets of New York, as a small town girl, she was easy prey. A pimp took her under his wing and within a short time she was a prostitute and doing drugs. Her family tried desperately to find her. Eventually she was found by a priest who helped her change her life. It was the type of book, that even if you thought your life was miserable, running away would have only made it worse. It was a true account of a runaway and a real eye opener. There are a variety of groups now targeting lonely weak people for their own purposes. Based on the articles on the internet, they seem to be easy to find and the stalkers which are basically recruiters for their organizations, have a number of emails, fake identities, and cash to spend on gifts to entice their easy prey into their groups. Its very distressing to the families and friends when a person that they knew and cared about disappears to join a group.  That also happened during the 1960’s and the “flower child” era.  The exact same tactics were employed and parents spent time and money trying to find and rescue their young adult children.  The adults were brainwashed and back then there were consultants who worked with families to deprogram their adult children.  I am not sure of those types of professionals are available today.  As you read the news, its beginning to appear that the easy prey have been taught well in that they now don’t even reveal what is going on to them not even to a close friend.  Then out of the blue, they disappear or do something that makes anyone who knew them wonder if they really knew them at all. In these difficult times, being well informed can keep all us from being easy prey.