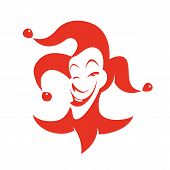 Many people love to tell a joke. If I hear a good one, I often pass it on. However, there are individuals who use that word as a way to disguise what they really did to another individual. I worked with a woman who always made remarks, was very critical and then would follow up once she saw she had indeed hurt that person verbally, with “Oh I didn’t mean it. It was just a joke.” No it wasn’t. You did it on purpose and you knew what you were doing. Back in the 1950’s and 1960’s report cards were handwritten by the teachers. Originally, the student brought them home to their parents. They had the opportunity to see them prior to giving them to their parents. This gave them a chance to see if things would go well or there would be discussions. I saw a show once where a student had left school early for a doctor’s appointment, so the teacher sent his report card home with another student who lived in his neighborhood. The dad was at work and the Mum was at the doctor’s with the boy. His older brother’s two friends answered the door when the student arrived to drop off the report card. They took it from him assuring him the that parents would receive it. Of course, being two jerks they looked at the report card and changed one of the mark’s from a D- to a B+. The parents were thrilled as it was one of the boy’s poorest subjects. Eventually the parents found out and were furious with the boy. He protested and claimed his innocence vigorously. His older brother finally figured it out and went over to one of the two jerk’s homes and forced him to call his dad. The answer from the jerk was, “It was just a joke.” It was not. He did on purpose to see how much trouble the boy would end up in with his parents.  I believe that in the “Batman” series the Joker is a similar type of character.  I think that people who behave that way are cruel and hurtful, don’t you?