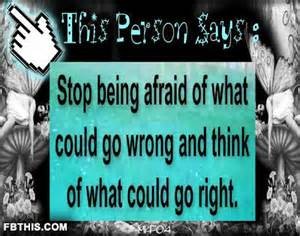 Everyone is afraid of something.  Children start out with no prejudices and no real fear.  Eventually, they learn to be afraid of a variety of things.  As small children, many become afraid of big dogs.  My son was initially afraid of dogs because when he was three, an Irish Setter jumped on him and my daughter thought the dog was going to kill him.  The dog meant no harm, but to a child it’s scary.  As children grow they discover other things that they become afraid of.  They have learned to be afraid of spiders, snakes, horror movies, and sometimes even people.  We are taught to be wary of strangers.  I have recently seen two research videos where the investigator asked mothers in a park permission to test their children to see if they were afraid of strangers.  He set it up with a puppy and convinced each child to leave with him to see more puppies.  Trying to make children be afraid of strangers is not an easy task.  I have often wondered if bullies are afraid.  Is it possible that they are so afraid that someone will hurt them or harm them that they bully to prevent it.  I saw a show recently where a teen boy was afraid of a new boy in the neighborhood.  He thought his best friend would drop him for the new boy.  So the teen boy was so afraid that he began picking on the new boy trying to make his life miserable.  His best friend put a stop to it instantly.  Then the bully admitted that he was afraid he wouldn’t want to be his friend any more.  There are people, young and older, who are afraid of the dark, going down to a basement or cellar, driving, traffic, all types of animals, and anything else you can think of.  I have seen people act wrongly out of fear in the workplace.  They are afraid that someone who does a better job will take their place or worse yet be let go.  Often their fears are unjustified.  People who have been abused have many fears and justifiably so.  Being afraid is not necessarily a bad thing.I know a person who is so afraid of everything, that even when he was offered his dream job he turned it down because he was afraid to take it.   If you see a snake, a rabid animal, a large spider heading your way, the best thing to do is leave because your fear is justified.  There have been several stories where people refused to leave areas when there were hurricanes, tornadoes and tsunamis heading their way. They bragged that they weren’t afraid.  Most of those people didn’t live to see another day.  So the next time someone criticizes you or makes fun of you because you are afraid of something, remember that they are probably more scared than you!