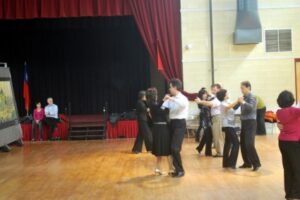 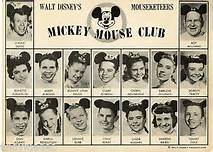 There are a variety of clubs around the world. Some are extremely exclusive and others welcome everyone. As children we joined clubs to belong or because it was part of a TV show promotion. When I was young it was the Mickey Mouse Club.  As I moved into my teenage years many popular singers had fan clubs.  There were also clubs at school. The Boys and Girls Clubs are popular around the world.  I have read to the children at a few of them and loved every minute of it.  There was one club that I appeared at frequently.  One day the staff had forgotten I was coming and had set up a video.  A few of the children preferred the video but the majority wanted to listen to me read one of the stories from the series.  To choose me over a video was wonderful! You were encouraged in high school to join clubs it would help with your acceptance into a good college if the deciding individuals liked the clubs you were a member of.  When my daughter was young there was a series of books entitled “The Babysitting Club.”  They girls had a variety of adventures all revolving around babysitting. I hope my granddaughter will enjoy them as well as I saved the entire set!  When my daughter was young, she and one of her friends formed a club.  It was called the night club because they thought of it at night.  They put efforts to save the planet, recycling, and tried to do things that would benefit others.  They also had sleep overs, watched movies and had fun. There were exclusive clubs in high school and as every teenager knows some allowed only select people to join.  If you weren’t a member you were on the “outs.”  There have been numerous movies about clubs and people trying to join.  “The Murdoch Mysteries” is a Canadian based show about a police detective in the Toronto constabulary. I remember an episode that involved a Masons’ Club and of course, a murder.  The person died from poisoning.  The interesting twist to the story was that the person who passed was thought to be a man, but in reality it was a woman disguised as a man.  The detective and his team discovered a woman’s basketball club that would dress as men and go to their clubs.  When asked why, the women, from that period, the late 1800’s,  loved the idea of dressing as men because it gave them great freedom.  This was obviously prior to the suffrage movement and the woman’s right to vote. It was an interesting story line.  In no way were these women labeled anything.  The clubs in college which they refer to as fraternities have initiations.  Over the course of many years, these initiations have subjected the applicants to cruel and inhuman punishment some of which have led to death.  Of course, it is referred to as hazing.  When a person or a group of individuals start clubs, why don’t they set rules, follow them, and not allow the hazing or any form of initiation simply to join.  I guess the clubs for chess, athletics, cards, beauty, and dancing are exempt from this type of action.  There were never any clubs in the Good Gus Series.  The lifestyle in Pecos wasn’t conducive for it.  The children played together and simply had fun after their chores.