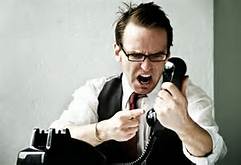 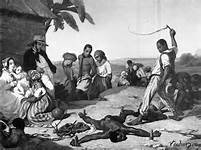 There are people in life who are just plain cruel. They don’t care what they say or what they do as long as it doesn’t affect them. I have met people who will think nothing of making insulting remarks to others either directly or indirectly. They think somehow that they are superior to everyone else and therefore they have the exclusive right to say mean and cruel things. There are also the people who will make these same insulting remarks just within earshot of their target. They must feel so inferior that they find it necessary to say cruel things to make sure others’ feelings are hurt. I know a person who thinks it is his right to say harsh words to anyone. He spends a great deal of time complaining about everything. He is not a person you wish to associate with under any circumstances. Yet, when our paths cross, he goes out of his way to make cruel and unkind remarks. He is a manipulative person with a controlling personality. He truly believes that if a person doesn’t accept everything he says, believes what he believes, and has the same political views that they are stupid, lower in intelligence and need mental help. I just read about a family that lost their little girl at a football game and she was murdered. Why would a person take the opportunity to be so cruel and harm the little girl and her family?  There are cruel acts being performed all over the world as I write this blog.  The basic individual is kind and decent.  What is it that makes a person cruel?  Is it their childhood, something bad that happened as an adult, or could they be genetically predisposed?  The “Death Wish” series of movies turned a normal man into a killer, focusing on evil people.  There are groups that band together and seem to enjoy causing harm to others.  They commit crimes and the cruel individuals go out of their way to really destroy their victims.  If you read the old tales of the crime syndicates in the United States, some of the groups were crooks, but others went above and beyond to be cruel and vindictive.  With everything going on in the world today, the Good Gus Series is an ideal group of stories that not only entertains, but gives the reader a sense of well being.