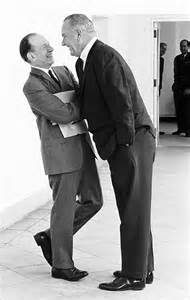 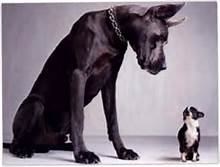 There are individuals that you meet almost anywhere in any country who are intimidating. It is completely unnecessary, but they still do it to others.  Have you ever wondered why?  It could be a show of power, the need to feel important, and possibly their desire to feel superior towards just about anyone they come in contact with.  This type of person can easily hurt another individual and often do because they know full well that they can.  They know that the other person comes from a lesser position and therefore cannot harm them and even if they strike back it will be inconsequential.  It is also an arrogant attitude.  This can occur in any industry.  The so called beautiful people tend to be very intimidating.  There are celebrities who act that way as well.  I recently saw a show from a mystery series on Netflix by  the BBC in which an old rock start was reviving his career with his old band.  He was nice to the general public but he was arrogant and rude to the main character.  His intimidating attitude did not sit well with the main character who coincidentally was a police inspector. Later, as people were being killed, he apologized to the inspector.  He said he needed to act that way to keep up his image.  Sadly, there are celebrities in real life today, who do the exact same thing.  There are however, many fine decent popular celebrities who are kind to their fans.  After all, they are the individuals buying a movie ticket, CD, paying the admission fee to their concerts and purchasing their memorabilia. Managers and bosses can be extremely intimidating.  They want what they consider their underlings to clearly understand that they hold the power and their jobs in the palms of their hands.  That does not make for a pleasant work environment.  Not to mention, the people who are treated well in the workplace, outperform individuals who are in a negative organization.  In reality, it is also a form of bullying.  In the Good Gus Series, Bad Bart is the only character who is intimidating.  If the heirs of a will or trust are using intimidation as a tactic to rush you during this process, ignore them and visit maecharlesbooks.com and read “Misplaced Trust.” You will feel good about yourself.  (Books available on Kindle)