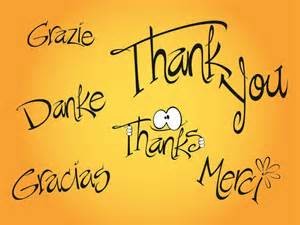 I saw an article today about being polite.  It was a Yahoo article entitled “Ten Polite Things People Just Don’t Seem To Do Anymore.” It was an interesting article but I simply don’t agree with all of it.  Number one was that people don’t write thank you notes any more.  That is actually true I believe.  I think that with the internet and Facebook, if you send a gift to someone, they send you a quick thank you via an email or even a text, rather than sit down and write a note.  Number two is welcoming a neighbor with a cake or batch of cookies.  This is true.  There used to be an organization, Welcome Wagon, that would bring you a basket when you moved into a new neighborhood.  Today, everyone is so mobile, it is probably not cost effective.  Number three is giving up your seat on public transportation, for the elderly, pregnant women and those with disabilities.  This I completely disagree with as I have seen many individuals, both men and women,  of all ages, offer their seats to people who needed to sit down.   Number four RSVPing to an event.  Again, with the internet and Facebook, people respond via email or messaging.  If you think about it, many people announce or invite via the internet.  It is quick and easy.  It also saves time, paper and postage.  Number five taking your hat off indoors.  Do you ever see anyone take their hat off indoors unless they are in the older generation?  It is rare to see a person take their hat off.   Number six making small talk at the checkout.  Seriously, everywhere I go people talk to me.  I can be in the grocery line, at the post, bank, waiting to board a plane, and someone will just start chatting.  Its nice.  It doesn’t happen all the time or everywhere, but the majority of the time people are genuinely kind to one another.  Number seven saying your welcome.  Again, I disagree.  Often times I hear people say “You are very welcome.” Number eight giving your undivided attention to your company than to your phone.  How many times, if you are a regular reader, have I mentioned this?  Its so rude and makes the guest feel unwelcome. If you are spending time with a person, ignore your phone and enjoy their company.  Isn’t that why you are there? Number nine holding the door for the person behind you.  Just today I was leaving the post when a man was holding the door for his family and then waited and held it for me.  I once walked to the grocery with my granddaughter to buy a few items.  I had a difficult time getting into the small shop as it didn’t have an automatic door.  No one helped me.  However, when I was leaving, a man rushed to my aid and held the door.  I thought that was very nice.  Number ten never interrupting people to make a phone call.  In the article they showed a picture from a scene in “Ferris Bueller’s Day Off.” This is simply repetitive from above.  All in all generally speaking, people are not rude and try to be polite.  I imagine the writer of the article lives in a large city where politeness is not at the top of its residents’ list.  In the Good Gus Series, being polite is the norm.