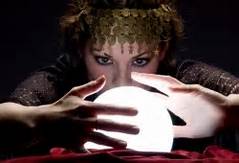 Already, there are articles about the 2016 predictions. The financial stations on the TV and radio are discussing up and coming companies and how they will fare in 2016. They are discussing currencies and making predictions for the U.S. Dollar and the Euro. Then, there are the articles that appear to be about a new product but are really an advert for sales. They seem to be informing as to the qualities of the product and then their predictions that it will be the hottest product of 2016 leads you to believe that it’s impartial. However, if you re-read the article you will realize its a very well written ad. Of course, there are numerous headlines with dire predictions for 2016. They include the economy, global warming, war, financial devastation and elections particularly the presidential one in the United States. There are people who still believe in gypsies and psychics. There are television shows on in the states with psychics. They are women and appear to be quite successful. I have only seen the commercials, but their predictions and their personal knowledge of their subjects seems to be extensive.  The reactions of the participants seems genuine.  It appears that the psychics have the knowledge to discuss deceased people and then to offer their predictions for the participants’ future.  A few people I know who been to psychics who were given predictions were fairly accurate.  When I was young I was on a date with a boy and we were having coffee at a small restaurant.  A gypsy was going from table to table hoping to read palms and offering her predictions for the future.  The boy was furious and before I could even say yes or no, he told her to move along.  Needless to say, there was no second date.  The gypsy could have easily predicted that.  In Las Vegas, the predictions for fights, the presidential candidates, horse and dog races, and even who will win awards are money makers for the bookmakers.  There was a Chevy Chase movie about this very subject,” Vegas Vacation,”  and his son ended up winning several automobiles.  Chevy was against the betting until he saw the cars.  Let’s all hope that the predictions we make for ourselves for 2016 will be fulfilled.