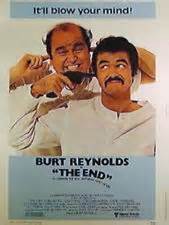 Someone posted on Facebook the other day, the real meaning of the end. It said, “Effort Never Dies.” I thought that was a great description. Often when people reach of what they think is the end of their rope, they just need to give it one more try for whatever they need to turn around. The is much discussion around the globe about the various major economies and the job growth rate. The financial experts state the job market is moving along quite nicely while others say that the market is not as good as everyone claims. For the person seeking a job, it is only their perspective that counts. There are many people around the globe seeking employment and not having much success. A few people have said to me that they feel like it is the end of their career and its time to just take anything that is available just to have an income. They really need to think that effort never dies. There are former acquaintances that ended up taking a lesser job, but they didn’t consider it to be the end. They pursued their original career type positions and their efforts paid off. They returned to their professional specialty. Burt Reynolds starred in a movie entitled “The End.” He thought his life was going to be over soon.  It was an old comedy. Needless to say, he was mistaken.  When people use the words the end in an argument, it pretty much states that they are finished speaking.  I saw an old show where a woman wanted to change her last name for her acting career but her father was furious.  He felt their family name was good for everything.  He became so angry that he said that it was the end; he would no longer speak to her unless she kept her name and didn’t change it.  In the end, the dad won out as the daughter because she couldn’t bear not speaking with him.  He was bullying her to get his way.  After a while, she just didn’t think it was worth it.  The Good Gus Series does not have a final page that says the end.  I wanted the books to be more like a continuation to the next book so it would be more like visiting with friends as the stories progressed.

Use It or Lose It