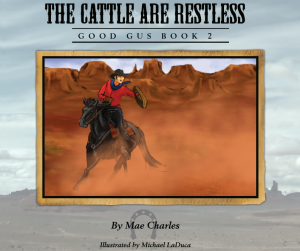 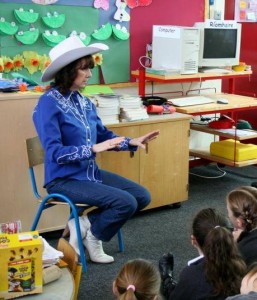 Do you remember when you were first learning to read? It felt like you could never figure out all the words or their sounds. Then suddenly one day, it became easier and easier. I have rarely met a child who didn’t love being read to. Children learn to read by hearing words, sounds of words and conversation besides the traditional methods. I believe learning to read would be extremely difficult if children couldn’t hear and understand the words. I once offered to read to a Children’s Foundation for the Blind. I was politely turned down because I was told that the children needed to learn to read and not be read to. I was shocked. The Sheriff Gus series of Pecos, Texas and the towns people, I believe, judging from the children I have read to, were enjoyed by the children listening. Of course, when I read I am very enthusiastic. I think anyone reading a Sheriff Gus story would become excited as the adventures unfold.  In 2011 and 2012 I read to a Boys and Girls Club in Las Vegas, Nevada.  A very nice staff worker saw the value of reading to children and invited me to read to the children a few times a month.  I really enjoyed it.  The first time I read to the children, the staff stayed to hear the story.  I received so many compliments. I was really elated.  The children were very enthusiastic.  Each time I visited the Boys and Girls Club, the primary staff worker would ask groups of children if they wanted to listen to my stories.  I actually had “regulars” who would drop what they were doing and ask to go to the reading room.  One day after I had read “The Cattle are Restless,” one little boy whose dad had arrived to collect him, started to leave and then ran back to give me a hug.  That was really nice as mostly its girls who want to hug me.  Another time, a few of my “regulars” were asked along with another group of children if they would rather watch a movie or listen to one of my stories.  Believe or not, several children, along with my “regulars” chose reading.  That was such a thrill for me not only because they liked my stories and me, but because they chose reading over a movie. The next time you are thinking of reading a story, please check out the Good Gus series.  I think you will be pleasantly surprised and have fun reading.

When we were all young we received reward stars for good behavior, good marks and for being tidy and neat in the classroom. Often child...