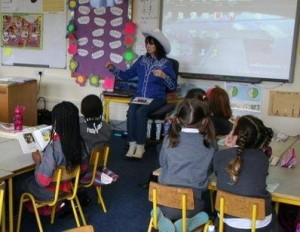 is another one of my favorite stories, although I think children like the idea of no school. Education and schooling is important but sometimes dealing with schools and colleges can be very difficult. Miss Patty, who is the school teacher in Pecos, Texas in my books, is not only my best friend but she really knows how to solve problems with colleges. For example, my son registered for a specific program at a community college. He was told that by registering he had a place in this program as there were only three seats left. The college requested documents which he and I scrambled to have sent to the school so his place would be held. As it was in June, he followed up to verify that the adviser had indeed received all the documents and was told that he was all set. When August first rolled around, he began to wonder why he hadn’t received any additional paperwork from the school. He returned to the school to the same adviser and was informed he was missing his high school transcript and a medical form stating he was immune to the chicken pox. He used his smart phone to show her the emails but it didn’t matter. He had lost his seat. He was told that he should request his high school transcript again and take a titus blood test to assure the school he was immune to the chicken pox. He accomplished all within two days and returned to the school. Still there were no openings but he was told that there are students registered that don’t pay their tuition by the payment deadline and he may have an opportunity to join the class. He was told to check at 12:01a.m. on a Friday, but we couldn’t access them. Miss Patty knew he was trying and I was assisting, and even though it was past her bedtime, she rang to see if he was now in the class. It was a team effort with no results. I had seen a message stating to try at 6:30a.m. We were back up with the rising sun and still nothing. Miss Patty felt that if my son emailed the adviser and his instructors and explained his dilemma, he might be able to attend the class. Finally, bright and early Monday morning my son and I arrived at the college so he could be first in line for the program. Through the efforts of Miss Patty, we had great success. I have one more example from today. Miss Patty had to go to college with her son. He had completed all the paperwork to graduate, however he received a notice stating he had to take calculus even though he had completed the required calculus courses. He has perfect grades and is an excellent student. Once again, Miss Patty to the rescue! When you, as parents, find that school staff can be frustrating, remember we are all having the same problems. I hope you will consider reading any one of my Good Gus Series books to your children, grandchildren, nieces, nephews or children you know.