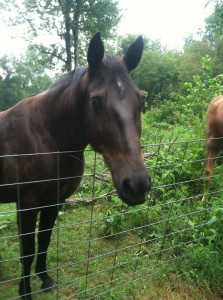 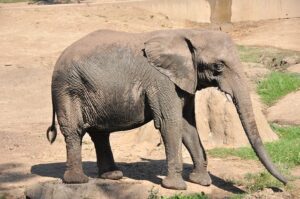 Many of my books have animals in the story line. I have included a cat in the book “The Flying Cat,”, a giraffe in “Really, There are no Giraffes in Pecos,” an elephant in “Toby Saves the Day,” an ostrich in “The Circus Comes to Pecos,” plus a few more and the all important horses. I have also included an owl the snake’s arch enemy. I mention the snake as a friend of mine posted a video on Facebook that showed a baby about six or seven months old laying on a blanket. She was trying to raise herself to crawl. What was near her made my skin cringe. It was a cobra snake. What is worse is that the baby was trying to touch it and all the adults, whom you couldn’t see, but hear were chatting about it as though it was normal. Every time she touched the cobra it hissed but didn’t bite her.  I can only assume that even a snake as deadly as the cobra unconsciously knew that the baby meant no harm.  She seemed to want to almost cuddle with the snake. I understand that the customs are different in every country, but it was still frightful to watch. The animals in my books many times are the heroes. It isn’t always Sheriff Gus. I also included a snake in “Did Dinosaurs Roam Pecos?”  It was actually a big rat snake that was slithering along a dry creek where the school children along with Miss Patty and Sheriff Gus were studying nature and looking for fossils.  Since one of the characters, Katie, was in a wheelchair, Ray the Blacksmith and made a special tool so she could dig with the other children.  Towards the end of the day and much hard work by all the students, Katie is dozing in her wheelchair when the rat snake slithers up to her.  Fortunately, a new hero saves the day.  I hope that as I write, your curiosity is peeked so you will consider one of the Good Gus Series books.

Many families have  pets including a dog or a cat.  Some individuals have both.  We all love our pets but when they pass we are hea...