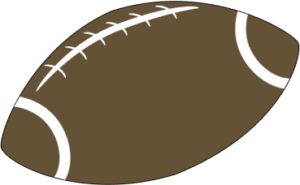 Good Sportsmanship is important not only in athletics but sometimes even in every day life. We teach our children the value and importance of good sportsmanship even when we don’t always agree with it. In athletics most parents try to teach their children to be fair and be a good sport particularly if their team loses, if the umpire or referee makes a bad call or if they make a good call and the child doesn’t want to accept it. I watched an old television show from the 1950’s last night that featured not only good sportsmanship but the Los Angeles Rams. The story had two boys one his parents didn’t mind if he played sports and the other boy whose mother was  worried and didn’t allow him to play any sports. The boys had a wonderful opportunity to meet the Los Angeles Rams on a field and the team let the two boys suit up and make a touch down. Naturally, the whole team fell down as the boys ran to score the point. In the end, the Los Angeles Rams football players, dressed in suits convinced the worrying mum to let her son play. One Ram Player admitted that his mum still worried even though he was an adult. As parents we give examples to our children of good sportsmanship on and off the playing field. In the Good Gus Series, the children are good sports in any activity including when they lose a spelling bee or a horse race. When the twins, J.C. and Bronco lose the race to Heather and Haley in “Girls Rule” I made a point in the storyline that if someone else wins you don’t get mad at them or say unkind words . The twins sulked a little but they knew that the girls had won fair and square.  When you browse through the children’s book sections either on the internet, at Barnes and Noble or Amazon, I hope you will choose a book from the Good Gus Series to show the child or children in life that good sportsmanship is not only on the athletic field but in every day life.

Many people do not realize that the power of praise can change people, a moment, or even an event.  It is built into human psycholo...

END_OF_DOCUMENT_TOKEN_TO_BE_REPLACED

Football is an extremely popular sport in North America and has spread worldwide.  It is also known as soccer in other parts of the...

END_OF_DOCUMENT_TOKEN_TO_BE_REPLACED

Do you really people that people are impartial one hundred percent of the time?  I do not.  They may claim they are but deep down u...