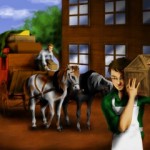 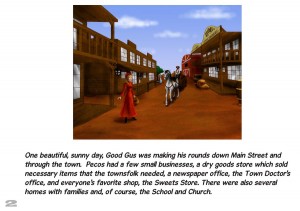 Life becomes very difficult if you lose your passport, at least in the United States. Its a complicated process. I have never lost my passport but my son did. We hunted high and low but it was gone. He thinks he accidentally dropped it running through the Atlanta, Georgia airport rushing to catch another plane. He was really upset because he has traveled to several countries including the Republic of Ireland, Italy, Poland, Czech Republic, Denmark, United Kingdom, Northern Ireland, France, Mexico and Canada. Once the passport is reported as missing, the process begins as do the costs if you need it  in a hurry. I had no idea how expensive it could be. In other countries, the costs are minimal and receipt of the passport only takes a few days. In this day and age, with all the world in turmoil, the passport is extremely important. In the old west there was no such thing as a passport. When people traveled to a new area, they came with whatever they possessed. There really weren’t any defined borders with a border patrol, homeland security, military guards, etc. People boarded a ship, or in the case of North America, mounted their horse and rode across the land. As I mentioned in last night’s blog, travel was not common. There were covered wagons in the United States that traveled to other parts of the country. In “Pecos Meets Bad Bart” the entire town depended upon the covered wagon to deliver supplies. As in the story, when Charlie is late with the supplies, the tension mounts when Bad Bart can’t get his chocolate ice cream as the necessary ingredients are late.  The covered wagon was also very handy in “The Cattle are Restless” as a form of blockage from a possible stamped of cattle. The next time you are thinking about the old west and simpler times, or if you are yearning for ice cream, choose “Pecos Meets Bad Bart” as a gift for the special child in your life.  My six month old granddaughter even enjoys the book!

END_OF_DOCUMENT_TOKEN_TO_BE_REPLACED

Almost everyone likes things clean and neat. This includes their homes, their vehicles, and where they work. If everyone liked the worl...

END_OF_DOCUMENT_TOKEN_TO_BE_REPLACED

A famous saying is "Dogs are man's best friend." Most people love dogs, particularly the friendly ones. There are dogs who growl and ap...

END_OF_DOCUMENT_TOKEN_TO_BE_REPLACED

People often talk about common sense and the lack thereof. However, most people have basic common sense. In these difficult times with ...

END_OF_DOCUMENT_TOKEN_TO_BE_REPLACED

Good Gus, tips for parents for writing in school

Horses Who Have Escaped

Whenever I read to Children they always ask me about horses. For example, do I own a horse, do horses eat anything besides hay, can...