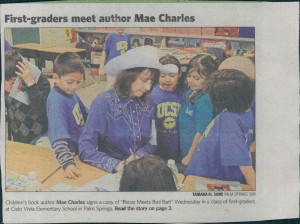 Character is an interesting word. It has more than one meaning. One definition is a person portraying a role in a story. Character can also be referred to as a type of person. For example, people often refer to a person as a character. In other words he or she is unique, unusual, funny, witty, someone who stands out in a special way. Character to me, besides the people in the good Gus Series, is what makes the residents of Pecos so special. Sheriff Gus has character. The first page of every book has this sentence. “He is known as Good Gus because he always does the right thing.” I saw an old show recently with a story line about character and keeping promises. It involved two teenage girls. Both were very attractive, but one was very intelligent and wore glasses. The other girl couldn’t understand why her friend wasn’t being asked to the dance. What was worse was that the most popular girl seemed borderline boring and whenever a boy would notice either girl at the malt shop, she would go out of her way flirting with that boy so he would move on from the two girls. The girl without glasses had many invitations for the dance but she turned them all down. She had told her friend that if she wasn’t invited to the dance, she wouldn’t go either. It was even more difficult when the star of the football team asked her to the dance. She really wanted to say yes, but in the end she didn’t. She felt it was more important to keep her word to her friend. Of course, the story had a happy ending when the glasses girl’s cousin, a freshman in college,came to town suddenly with a friend and they all went to the dance. In the Good Gus Series doing the right thing, building character, and keeping your word is promoted but not in an obvious way. As you begin to think about the holiday season, and are looking for books that have “character” I hope you will choose one from the Good Gus Series.

END_OF_DOCUMENT_TOKEN_TO_BE_REPLACED

Today I read a wonderful article on Yahoo about cowgirls. I really loved the article as the author took her thirteen year old daughter ...