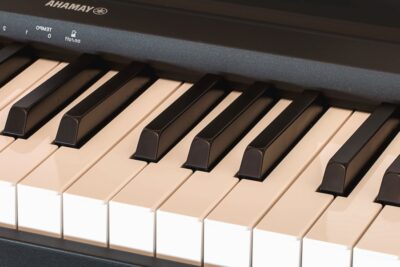 Good music benefits everyone.  There is a man in Australia who posts on Facebook almost everyday. He plays boogie woogie and his name is Dr. K. His playing is phenomenal and often people join in. It took me a while to figure out where he was as people passed by dragging suitcases.  Apparently, he plays in a train station. It is really quite nice. Music is good for the soul.  It helps people who are depressed, facing difficult times or just struggling. Many years ago when my children were young, a friend of mine lived near a naturopathic doctor. He always believed in taking the natural route first and to use conventional medicine only when necessary. My friend, the very same Mary from Mary’s Cafe’, could easily walk up the hill with her children whenever necessary.One day during conversation, he was discussing his own two sons while suggesting to Mary that her girls learn to play a musical instrument. One of his sons played the piano.  When he was upset he would start playing .  At first the banged on the keys but in a musical style.  Then as the playing soothed him, he started playing beautifully.  I never forgot that. I had both of my children take lessons on various instruments including the piano.  In the Good Gus series, there is singing and piano playing. The Good Gus Series is available online at Kindle, Nook and Waterstones. Hard copies, personally autographed, are available through our website www.goodgusbooks.com along with past blogs for your reading enjoyment. Digitizing for all the books is coming soon!

When many of us were younger, we all took some type of music lessons. It could have been the piano, the trombone, the violin or even th...