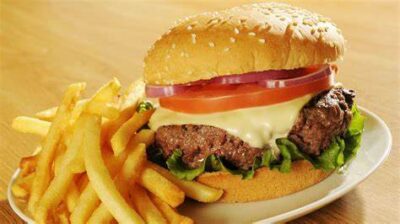 Have you noticed lately how everyone wants to be in control no matter what the situation may be?  Just today, Miss Patty had to go to FedEx.  She was kept there over thirty minutes because she didn’t have both attorneys cards.  The woman she was dealing with wanted to control and show her power.  It was a box of documents, not millions in cash. Yet, the people today that we deal with feel that they have the power to lord over anyone.  I saw a video yesterday that was unbelievable.  A young man from an extremely wealthy family is currently living in Los Angeles.  He uses his family’s money to control everything.  His mother used her influence and money to place him in college.  He paid other people to do his schoolwork and he has graduated after having never attended a day of college. His family’s money also gave him an expensive home and many luxury vehicles.  In the everyday world, however, people still like to control anything they can particularly their lives.  That is not always easy or possible. For example, how much self control can individuals have with fast food everywhere?  When I was living in Ireland, I belonged to the Image Gym.  One of the owners was furious that fast food was springing up everywhere in Dublin County.  He felt that people couldn’t resist the food and it would affect their health. He was probably right.  If he wasn’t why would so many people be on diets in western countries? There are numerous people who do not like fast food, myself included.  In the Good Gus series there was obviously no fast food, only Mary’s Cafe’ which was home grown fresh cooked meals. Fast food originated in 1921 in the United States with White Castle. The Good Gus Series is available online at Kindle, Nook and Waterstones. Hard copies, personally autographed, are available through our website www.goodgusbooks.com along with past blogs for your reading enjoyment. Digitizing for all the books will be ready next week! Please consider adding “The Special Gift” as a new Christmas tradition.

Puppets have become popular again.  The first time I saw Jeff Dunham was on the TV in Ireland. He was appearing in Dublin.  He was ...

END_OF_DOCUMENT_TOKEN_TO_BE_REPLACED

Torture comes in a variety of forms.  Anxiety is one of the worst.  People spend so much time worrying that they are continually up...

END_OF_DOCUMENT_TOKEN_TO_BE_REPLACED

Why do people spend so much time whining and complaining?  We are all sick of it.  In social media there is continual complaining. ...

END_OF_DOCUMENT_TOKEN_TO_BE_REPLACED

Quite frequently, on the internet, you will see articles about brain foods that help prevent dementia and Alzheimer's. Pure logic c...

END_OF_DOCUMENT_TOKEN_TO_BE_REPLACED

There are very few people who like brussel sprouts including me. When I moved back to Ireland for a while as an adult, I was amazed...

END_OF_DOCUMENT_TOKEN_TO_BE_REPLACED

Most individuals don't realize how much words hurt.  It's easy to speak out of turn and say horrible things. The worst part is you cann...

END_OF_DOCUMENT_TOKEN_TO_BE_REPLACED

Often in life we have a conditioned response to a question, an excuse, or to any type of inquiry. It is similar ...