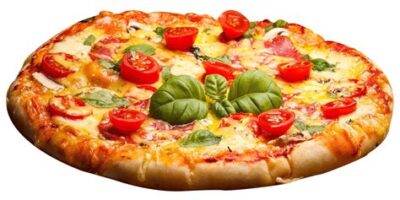 America is comprised of ethnic foods.  It started out quite simply but as people from various countries moved to this country they brought along their favorite recipes.  The Irish brought along their foods and their whisky. The Irish worked the eastern section of the railroads. The Irish stopped working on the railroads because they figured out that pubs and working for the government worked in their favor. Their foods were basic except for Irish bread for which I am well known. When the Italians arrived they also started out working for the government.  They started small businesses such as groceries, tailoring shops, and restaurants. They became popular quickly. For example, pizza is a well known staple here in the states.  No one ever stops to think that it originated in Italy along with various pastas.  They are everyday foods that individuals eat.  I will say that the pizza here is not the same as Italy.  Obviously, theirs is finer.  Chinese food is another example of popular food. When the Chinese came to America they were utilized for the western sections of the railroad.  They also started small shops and offered natural cures, including acupuncture.  There were ethnicities in the east that loved Chinese food so much and frequented their restaurants that over time convinced the proprietors to modify their recipes.  Their food in other parts of America are not at all like the northeast.  I love to make ethnic foods.  My late husband was Armenian and the priest from the Armenian  church came to our home one day and taught me how to make good pilaf.  Before that I taught myself how to make Lahmajoon which are flat cakes covered with a meat mixture; madzoon which is homemade yogurt, derevi dolma which is stuffed grape leaves (he called them yalangi) and a variety of other foods including desserts. As you can see, ethnic foods are comprised of all of our everyday lives.  The first Vietnamese restaurant just opened in Ireland recently. Even in the Good Gus series there were a variety of ethnicities so the food back then was a combination of all of their lives. The Good Gus Series is available online at Kindle, Nook and Waterstones. Hard copies, personally autographed, are available through our website www.goodgusbooks.com along with past blogs for your reading enjoyment. Digitizing for all the books are available now!  Books one and two are now available on the Tractor Supply website. “Misplaced Trust” will be available this month.

Henry David Thoreau wrote in one of his books "That most men live lives of quiet desperation." It is true but it is also ...

END_OF_DOCUMENT_TOKEN_TO_BE_REPLACED

Today is Christmas Eve in many parts of the world.  People are making their way to family and friends to celebrate tonight and tomo...

END_OF_DOCUMENT_TOKEN_TO_BE_REPLACED

There are people in life who are snobs.  They automatically assume they are better than everyone else.  For example, the sales clerks ...