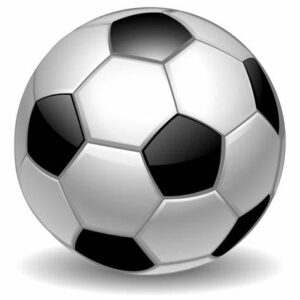 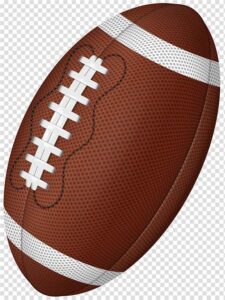 Football is an extremely popular sport in North America and has spread worldwide.  It is also known as soccer in other parts of the word.  The salaries for top players in the United States are astronomical. Children start at a young age playing the game.  Years ago any type of sports was a way out of the ghetto.  Today, it exists but is not as prevalent.  The reality is that good players go to college so they have something to fall back on when they can no longer play.  Betting in the states is quite high for the games and the super bowl is a game that is bet around the world.  When I lived in Ireland, the local restaurant style pubs that had a TV were booked for the day of the super bowl and the local betting parlor accepted bets.  Of course, Las Vegas tops everywhere for bets.  Most young boys try out for football and a few succeed.  The smart parents make them attend college.  In an old “Brady Bunch” show, Greg was on the first string.  One day his sister, Marsha, was tacking up signs for the next big game.  The opposing team had their start player who was handsome.  He and his friends decided to steal Greg’s playbook. So the footballer approached Marsha under the guise of wanting to date her.  Of course, she brought him home and the first time he tried to steal Greg’s book Peter walked in the room and he instantly stopped.  He continued to sweet talk Marsha and went to her home a second time.  Peter had already told Greg and Marsha but she didn’t believe him.  She was sure she was liked for herself.  The next time the footballer went home with Marsha, Greg was prepared.  He had made a book of fake plays.  When the footballer and Marsha went into the house he asked her for a cold drink.  She went to the kitchen and peeked back.  He was looking at the playbook.  Then, she brought in the drink but he had already picked up the book and told her he suddenly had to go.  When their dad found out he insisted that Greg do the right thing and tell the footballer.  Greg did but he didn’t believe him and naturally by following the fake plays his team lost. Football was available in Pecos and it started in the 1300’s. The Good Gus Series is available online at Kindle, Nook and Waterstones. Hard copies, personally autographed, are available through our website www.goodgusbooks.com along with past blogs for your reading enjoyment. Digitizing for all the books are available now!  Books one and two are now available on the Tractor Supply website. “Misplaced Trust” will be available this month.

There are many people who love to argue about politics.  No matter what country the disagreements exist.  The problem is that it be...

END_OF_DOCUMENT_TOKEN_TO_BE_REPLACED

In life there are groups of people who are considered to be the type.  They have their own cliques who tend to think they are super...

END_OF_DOCUMENT_TOKEN_TO_BE_REPLACED

Often people complain that others do too little too late.  It's an old but true saying.  When events occur people tend to avoid hel...

END_OF_DOCUMENT_TOKEN_TO_BE_REPLACED

Newspapers existed for many decades.  There are still a few available  in paper form  but now people read the news on the internet....

END_OF_DOCUMENT_TOKEN_TO_BE_REPLACED

One of the many new scams is the phony bills that give individuals bad credit.  There is a cable company that is notorious for doin...

END_OF_DOCUMENT_TOKEN_TO_BE_REPLACED

Do you really people that people are impartial one hundred percent of the time?  I do not.  They may claim they are but deep down u...

END_OF_DOCUMENT_TOKEN_TO_BE_REPLACED

Good Sportsmanship is important not only in athletics but sometimes even in every day life. We teach our children the value and importa...