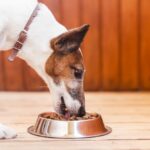 There has been a great deal of controversy about dog food. Problems of salmonella has resulted in several recalls of dog food.  Many people make their own which is what I used to do when I had dogs.  There is also the discussion about feeding your dogs raw meat.  Again, there is the high probability of germs, salmonella, and more.  One year for the holidays, my family and I went to visit my in-laws who lived in an apartment.  We had to travel to see them and, of course, brought the dogs.  At that time I had two Dobermans, a mother and son.  We placed them in a kennel near the in-laws that was surrounded by trees and lots of grass.  We were assured that they would be fine.  After we returned home, the son, Smokey, began to appear sick.  I hadn’t changed his routine or his dog food.  So I drove one hour to an older vet I knew.  He tested him and said his kidneys were failing and he was operating at three percent.  He gave me a diet for him that I started immediately.  I also used this recipe for my granddaughter’s dog because she hates dog food. It’s efficient but takes a little effort.  You can make it in whatever quantity you prefer.  I started with a large pan.  I  cut up and browned some onions in a large pan.  I also browned any of the following: chicken lives, beef livers, or any cuts of inexpensive meats.  I removed the meats and put them aside.  I then added boiling water and whatever amount of rice you might need for several days of food.  You can also include carrots or any vegetable your pet might like.  I included chicken bouillon for extra flavor.  I did salt the meat.  Once the rice was close to being finished, I added the meat so it had a good flavor.  My dog improved dramatically and lived a few more years.  My granddaughter’s dog is thriving. So, if you are tired of recalls and want to lower your pet’s food bill, try my recipe.  It really works.  In the Good Gus series there were very few dogs.  If you think about it, how did they feed their dogs?  The series is online at Kindle with a few books on Nook and Waterstones.  “Misplaced Trust” is also online at 24 Symbols, Apple, Nook, Kindle, Kobo, Page Foundry, Scribd, Playster and Tolino. 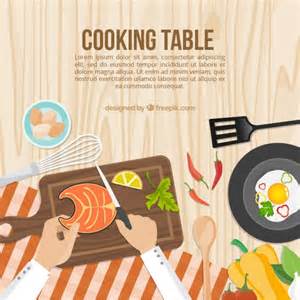 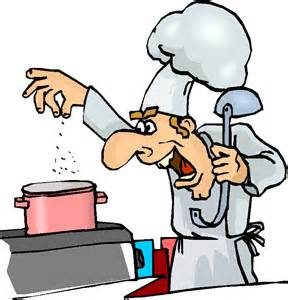 We all make cooking mistakes. However, often individuals do not recognize it until it is too late and they become ill. Food poisoning is awful and should always be in the back of anyone’s mind when preparing food.  It is very important before you even begin food preparation to wash your hands and have a clean kitchen.  It is one of the easiest ways to spread bacteria and salmonella.  It is also a well known fact that all produce, meats and poultry should be washed prior to preparation.  Even before you make a  purchase, always inspect the food prior purchasing and recheck once you open the package.  Look for bruises, holes and signs of damage.  One of the first things that many people do is under cooking  food or ignoring the cooking times.  In the United States, The Food and Drug Administration and the Department of Agricultural recommend safe cooking temperatures to kill bacteria.  I am sure that many other countries have similar standards and guidelines.  A really good recommendation is a thermometer.  They are really handy to give you an idea once a product is cooking to verify that it is done.  Occasionally, due to inefficient ovens, the times may very.  By using a thermometer it helps avoid cooking mistakes.  Also, using a thermometer helps to avoid food poisoning.  It at least makes sure the food really is cooked properly and you don’t end up serving raw or under cooked food.  That is extremely important for anyone who has a compromised immune system.  Another example, is many people fail to keep foods at the proper temperature.  This varies from country to country.  Many countries in Europe, for example, do not refrigerate eggs.  In the United States they do.  There are countries whose residents  will leave meat out for many hours and not have a problem.  Of course, that leads for some people to the thought that they shouldn’t waste food.  They end up eating what should have been thrown away which results in dire consequences shortly after.  Cross contamination can lead to much unpleasantness for your stomach.  It is important to keep meats, poultry, eggs, and seafood separate.  If you grill frequently, always clean it before you start cooking.  The last thought on cooking mistakes is eating raw cooking dough.  It is questionable as many individuals will eat raw cookie or biscuit dough with no side affects. In the Good Gus Series all food was consumed within one or two days.  Refrigeration was available as it had been invented in the early 1800’s.  The series is available exclusively on Kindle worldwide.  If you are so engrossed in handling a difficult situation, don’t make any cooking mistakes.  Instead, relax and read “Misplaced Trust” which is available on 24 Symbols, Apple, Nook, Kindle, Kobo, Page Foundry, Scribd and Tolino.