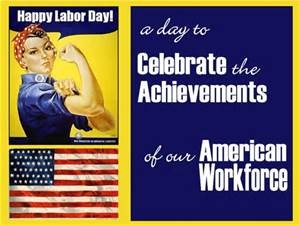 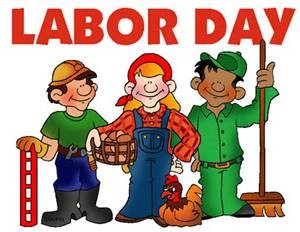 This is Labor Day week-end in the United States. The focus is supposed to be on the work force. Like every country, the U.S. started out with little or no rules for the employees. Companies hired children as soon as they were able to perform a task. Both children and adults worked twelve hour days with only a brief lunch break. I remember reading an old book about Sacco and Venzitti. They were two Italian immigrants accused of a crime. However, part of the novel included the working conditions during that period. It focused on an older woman who had to start over in her sixties, with no money, and had never worked a day in her life. Her husband had passed and the Executor of his estate tossed her out. She had a little money and took a bus to a small town. She was befriended by a family and they helped her get a job. The author gave a true picture of the working conditions in the early 1900’s. This woman sat on a stool and worked with only a lunch break. In the beginning, the other work mates felt so bad for her that they gave her as much assistance as possible. The first few days, she had to be practically carried home. She had rented a room from the family that had befriended her. Her hands were in such rough shape, that the woman of the house had to help her undress and bathe her before she went to sleep. It took a long time before she could work without pain six days a week.  The Great Depression, the Unions, and compulsory education laws were the tools that helped to stop child labor and change all the working conditions. Labor Day is supposed to commemorate the working man and woman.  There will probably be governmental ceremonies tomorrow.  However, what Labor Day really appears to signify today is the last week-end of summer and an unbelievable amount of sales on just about everything.  There will still be beautiful weather in various parts of the U.S. for the next few months and in some cases for only two months.  However, what the last week-end of summer really is the end of freedom for children and back to school.  As part of the Labor Day celebration, anyone with a BBQ will be cooking.  Enjoy the food and the sales.  Happy Labor Day!