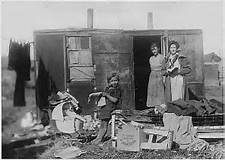 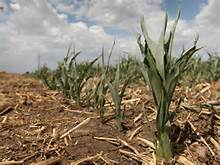 There is an old saying, “Life is what is happening while you are making other plans.” It’s true. We cannot predict what is going to happen. We can make plans, set goals, and still life will through us a curve ball.  It’s never easy.  However, when people bring a new life into the world, they have wonderful hopes, plans and dreams for the child.  Then life happens and it all changes.  For example, you can start a family and be financially set.  Then, if you were heavily invested in a business or a stock market, and suddenly it all crashed, you would have to start over.  During the depression in the world, many families gave up their homes and traveled to new areas in the hopes of gaining employment and starting over.  I remember reading a book to my children entitled, “Blue Willow.”  It was about a family who had to leave Texas during the drought  in the southwest which coincided with The Great Depression.  This family who had a good life lost everything.  They headed west to California and the dad landed a job as a ranch hand and they were allowed to live in a small shack.  The foreman extorted money from the family.  He even took their only prized possession, a blue willow plate.  When they decided they had enough, and planned to leave, the little girl in the story, walked to the owner of the ranch home and asked for her plate back.  The owner had no clue what she was talking about.  When he listened to her story, he suddenly realized that his foreman had been cheating his employees.  The owner insisted the little girl wait while he went to retrieve her plate.  In the end, the owner kept the family on with the dad as the new foreman and placed them in a nice home as part of his pay.  That was one of the few times where life became much better for families instead of worse.  In the Good Gus Series, although set in Texas, did not experience any droughts.  Life was very good in Pecos.  The series is available exclusively on Kindle worldwide. If you life is getting you down, grab your table and find “Misplaced Trust” on one of these fine e-book websites: 24 Symbols, Apple, Nook, Kindle, Kobo, Page Foundry, Scribd, Playster and Tolino.