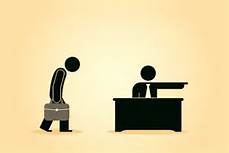 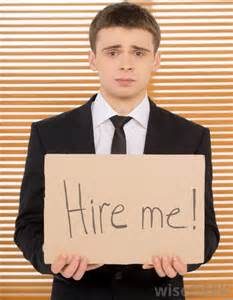 Many people locked in a dead end job or just plain unhappy with their work situation and environment wonder if it is better to quit or get fired or redundant.  Neither is good for your career.  First and foremost, it is important that if you are unhappy in your position, or your boss is continually criticizing you, that you start looking immediately for a new job.  There are so many laws in effect in many countries that they cannot say you did a bad job, you were always late, or that you were fired for incompetence.  If any of those items are correct, examine carefully your next move to a position that suits you better.  It is much easier to work at a job that you like and can do well as opposed to always have to figure out every little thing you have to do.  Everyone has talent and you should see what yours is so that in evaluating positions, you can find the one that is just right for you.  Recently, over the holiday season, I watched a Hallmark movie that had a few lines that were so accurate I was surprised that they used them.  A woman had been made redundant or laid off due to company losses in profits.  She applied for various positions and in one interview she was told that although she had wonderful qualifications, they wouldn’t hire her because she was out of work.  She asked the interviewer point blank as to why since she was clearly well suited for the job and that the other company was having difficulties.  Basically, without admitting it, the interviewer said that they only like to steal employees from other companies.  This is still true in the real world.  It is much easier to land a new position if you are currently employed.  Finding a job while unemployed is very difficult.  There is also the factor that if you are out of work and your references are checked, that if the person being questioned about you may make it sound that you were incompetent and shouldn’t be hired without breaking the law. There is a possibility that the person could be prejudice against you. They use tactics such as the following:  Prospective employer – ‘Would you hire Jim or Jane again?’ Response: Well, we currently have a supply of prospective individuals for any positions that may become available.’ Do you see what they just said?  They absolutely said no but without breaking the law.  If you do end up being fired, you would be wise to check your rights and if you discover that your references where hinting about why you were let go, you contact legal counsel to put an end to it.  You cannot exactly say you were fired on your CV or resume.  You can however, modify it and work at temporary or contract jobs to overcome that one negative position.  In the Good Gus Series, no one is ever fired as there are very few employees in Pecos.  Most of the towns’ people own their businesses.  The published series is available exclusively on Kindle worldwide.  If you were handing the finances of a relative and were fired, read “Misplaced Trust” to find a solution to that unfortunate incident.  It is available on Kindle, Nook, Apple and several popular e-book websites.