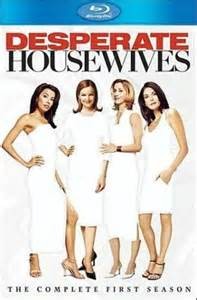 Sometimes I am amazed when I read the news at the desperate things people do. I read an article today about a woman who was desperate to be blind. With the help of a psychologist, she poured drain cleaner on her eyes. It took a few months before she became totally blind. Apparently its a disease, Body Integrity Identity Disorder. I read the  article twice as I was shocked than anyone would do that to themselves. What is worse is that she is happy to be blind. She was so desperate over the years that she did everything including harming her eyes and stabbing them so she would be blind. Desperate acts call for desperate measures is an old saying. Often there are people so desperate for love that they will do anything to keep their significant other. They will humiliate themselves, be subservient, commit crimes, go overboard with plastic surgery; just about anything to keep their partner. In the teen years, children will go out of their way to be popular with the “in” students and with people they may be interested in dating. I know when I was in school (yes it was a long time ago!) the boys and girls acted the same. Sadly now, however, drugs and alcohol are more readily available. There were girls who were so desperate for love and attention would sleep with boys. Unfortunately, after a while their reputations were sullied and they were the one night stand girls. There were even students who did try marijuana and alcohol when they could locate a source.  How many movies are there where a female will sleep with her boss just to get promoted?  Its horribly unfair to the other hard working men and women. There was a TV show entitled “Desperate Housewives.”  I am not sure about it and if they really were desperate. It may have been about their lifestyle that was the reason for the name. Was the gunman in Oregon , USA,  yesterday who killed thirteen people desperate for attention?  Did he want his fifteen minutes of fame?  I could understand a person stealing food because he or she needed to feed their family.  However, getting a weapon and harming people is beyond my thinking.  Anyone with thoughts about this please post in the blog comments section.