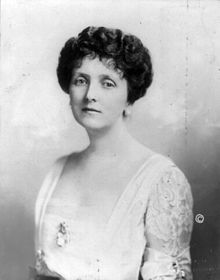 When you hear the word manners, what thoughts come to mind? Are they reminders of your parents, grandparents or a relative telling you to mind your manners? We were all raised with manners but many people don’t feel they are necessary any more. It is always nice when the person holds the door for you when you are walking in a store or a mall that doesn’t have automatic doors. The old style of a man or boy not wearing a hat indoors has certainly disappeared as one of the classics showing good manners.  In this day and age, the hat indoors for women who are wearing athletic hats, has also become acceptable.  There was a woman, whose family has carried on her traditions, of etiquette.  Her name was Emily Post and she published her first book on etiquette in 1922.  Today, her great granddaughter, and great great granddaughter work at the Emily Post Institute.  Her family is continuing her tradition of good manners with revisions for modern day society.  There are many other authors who produced books on what they considered proper etiquette and good manners.  It should be reading for all young adults.  The books are a good guide to table manners and every day manners at home, in business and socially.  Today, everyone has a mobile or cell phone and seems to be attached to either their hands or ears.  The lack of courtesy with the phones is so commonplace that many people don’t even notice it anymore.  The other day my daughter was at a medical facility for an appointment.  There were several people in the waiting room besides her.  One woman was on her cell phone even though there was a sign saying “No cell phones” on the wall.  She obviously ignored it and was having a loud conversation with someone.  A few of the people waiting asked her politely to refrain from using her phone.  Their requests were met with rude comments.  My daughter didn’t say a word but searched in her bag for a bottle of nail polish and then took it out and started painting her nails.  The phone woman was furious and yelled at her to put it away.  My daughter calmly stood up and walked to the “No cell phone” sign and pointed.   The woman gave her a dirty look.  My daughter then said, “I am really glad that you mother taught you such good manners.”  The woman looked like she was going to throw her phone at my daughter.  The next moment she was called in for her medical test.  If you think that was it, guess again.  The woman had her medical test, and then the radiology assistant went into the waiting room to tell everyone else that there were no more tests that day as the previous woman had a flesh eating bacteria and now all the equipment had to be sterilized.  What was even worse, was that the assistant had no idea how to do it.  That woman was the epitome of not only no manners but a complete lack of consideration for anyone else.  I know I have said this before, but what makes this woman think her life, her time, her very presence is so much more valuable than anyone else’s?  Good manner shows everyone that you are a decent human being who is kind and considerate.  I often use this line when someone slams a door in my face or speaks rudely.  “Wouldn’t your mum be proud of your lack of manners!” Its a way to insult a person without really saying anything rude.