Caught in a Trap 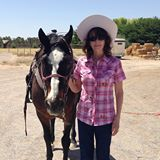 Elvis Presley sang a song entitled, “Caught in a Trap.” It was a good song as it represented that many individuals are caught in a trap and cannot get out. Often we are stuck in jobs we hate.  We dislike the work, the hours, the pay and sometimes even the workmates.  Yet we may have difficulty finding a new income that is more flexible, a higher pay grade, and possibly even work at home which for many individuals would make life easier.  I worked at home before my daughter was even born. I found it easy as you do not have to drive anywhere and you can accomplish twice the work in half the time. There are also people who are stuck in a relationship or marriage and cannot end it.  They may need their partner’s income, help with the children and other duties and chores in general. Over the years, many couples have remained married for the children. The reality was no one was happy but the finances were too difficult.  Even in school, particularly high school, teens were caught up with various groups in the hope of being with the popular crowd.  It does not always work out.  There are groups that force teens to join and then they are not only mean to them and they bully others.  In the Good Gus series, no one was caught in a trap except in book twenty-three, “Run Blackie Run.” Frankie and Liam go off the path on the way to Judge Ross’s ranch which led them into trouble. The Good Gus Series is available online at Kindle, Nook and Waterstones. Hard copies, personally autographed, are available through our website www.goodgusbooks.com along with past blogs for your reading enjoyment. Digitizing for all the books is coming soon!

Have you ever noticed that when you ask a person a question, if they do not want to answer you, they completely ignore you and ask ...

END_OF_DOCUMENT_TOKEN_TO_BE_REPLACED

It is always the little things that end up getting to us, solving a problem and discovering the truth. When peop...