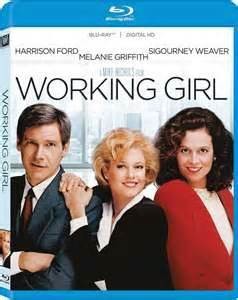 Everyone has a special talent. It can be almost anything such as a seamstress or tailor, untrained mechanic, amateur chef, musician or a computer whiz. What affects people are individuals who are well versed in their talent putting down anyone who doesn’t have the same skills. Going through school, many individuals felt out of place and lacked confidence because they did not excel in sports, cheer-leading, were an honor roll student, or possibly an artist. When I was in school, the girls had to take Home Economics. It consisted of a half year of sewing and a half year of cooking. I tried the sewing, but I was not very good. I did feel like a failure when many of the other girls could sew so well. Some girls made remarks and others who were not as talented, feel embarrassed. The cooking classes were easier for me as I had always cooked at home. Again, there were girls much more talented who made the rest of us aware of our lack of ability. I have seen many movies about this in the work place. It appeared to be the worse in advertising agencies. The person with the most talent received the highest pay and the coveted corner office. However, in many of the movies they were not always the most talented. They counted on the people with talent to make them look good. “Working Girl” is a prime example of the person with the talent. Tess McGill, (Melanie Griffith) covers for her boss, had been doing all the excellent work, and was still a lowly secretary until her boss broke her leg. Once Tess was allowed to show the real boss her talent, everything changed for her boss with the broken leg, Katherine Parker, (Sigourney Weaver). Of course, its the movies and Tess receives a raise, a promotion, the coveted corner office and apparently the man of her dreams. The movie “9 to 5” also highlighted the talent of three women who changed a department in a company for the better.  However, these women kidnapped their boss and kept him tied up and confined to his home.  It is important that whatever talent a person has they should recognize it and not feel bad if they can’t play a musical instrument, cook like a great chef, and design a fabulous outfit.  In the Good Gus Series, everyone has a special talent.  However, no one is jealous or feels bad because they do not possess any one particular talent.