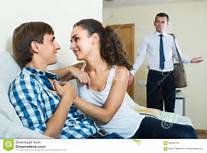 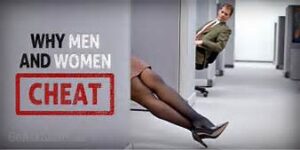 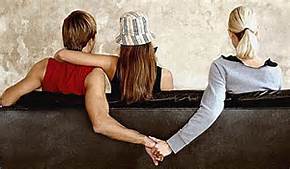 Why is cheating so prevalent in relationships? If you ask anyone their opinion, their answer most likely will be that they are bored.  However, that is not the case.  There are men and women who think cheating is acceptable if their partner doesn’t find out.  There are partners who accept the cheating because they no longer have to really participate in the marriage or relationship.  For the shallow individuals, if their partner lets themselves go and become slovenly, overweight, or lazy they will cheat until they find a person they really care for and then end the original relationship.  Boredom isn’t why most people become cheaters.  According to ‘Superdrug’s Online Doctor,’ the most common reason why is simple.  They simply couldn’t resist an extremely attractive and appealing person.  According to their survey of two thousand cheating individuals, both European men and women stray because they can’t resist the temptation.  Of course, the second common justification for cheating was that the people had decided to be unfaithful because the other person was always ready and available for them whenever they needed them. One of the other reasons, according to the survey with European women was that their partner didn’t pay enough attention to them.  The study should have included all men and women from all countries.  With the advent of the I-phones and androids, people spend too much time on Facebook, Twitter, and all other social media.  It’s easy to see why women and probably even men feel neglected as many people are glued to their phones.  Even in male love rats in various studies proved that the lack of attention by their partners caused them to wander.  Boredom is still on the list, it’s just not at the top.  In the Good Gus series there was not cheating of any kind.  That included in school, in the workplace or between the residents in the stories. The series is available exclusively on Kindle worldwide.  If your partner is cheating on you, don’t become complacent.  When you feel good about yourself again, remember to relax and read “Misplaced Trust” which is available on 24 Symbols, Apple, Nook, Kindle, Kobo, Page Foundry, Scribd, Playster and Tolino.