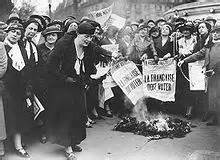 Never say never as it always comes back to bite you. There is a television commercial about a man who continually says never. It starts with “I am never getting married.” Then you see him buying an engagement ring. Then he continues with, “I am never having any children.” Then you see him in the delivery room with his wife screaming during labor. It moves on to “I will never live in the suburbs and drive a mini van.” It pans to him washing the mini van. His last statement is “We’re never having any more children,” just as his wife walks by and says “I’m pregnant.” The end is that he finally says as he’s holding his family on a sofa, “I’m never letting go.” That is probably the only never that will be true. How many times have you heard people say they will never smoke another cigarette and then three months later you see them smoking. There are also the pessimists who say they will never find a job, a career, a better car, a new home, etc. They are simply talking themselves into making their never a reality. I feel really bad for the people diagnosed with cancer who say “I will never beat this.” I have read so many articles that beating cancer is not easy, but a positive mind set will help a person will beat it. It is one of the biggest factors in healing themselves. There have been numerous times in history where it was stated that women would never get the right to vote, that countries would never go to war, that people of various color would never receive equal pay, never have equal rights, and so much more. As parents, when we say to our children, if they do something wrong and then promise to never do it again, we know that they will. We have to teach them to not say never. Then there is the parent side, particularly when a child has exasperated them to a point that they say, “If you don’t clean up your room, I’m never going to let you eat ice cream again.” They know you are lying but its giving the wrong definition of the word never. So when you are thinking about never say never, think again and try to come up with a slightly different phrase. In the Good Gus Series, never say never isn’t allowed. There isn’t the opportunity in any of the stories. If you are wondering about recorder, it has been re-routed and is back on its way to me. I hope to have stories ready to listen to on the website within a few weeks.