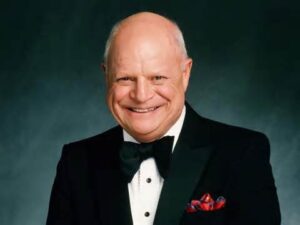 Dumb is a word that should not be in the English language or any other language for that matter. Its an insult to be called dumb. Sadly people say that to hurt another person’s feelings. How many times have you overheard someone call a fair haired female a dumb blonde? Its extremely cutting and rude. There are movies that were released entitled “Dumb and Dumber.” The estimates in gross sales I read exceeded one hundred twenty-seven million dollars and higher for each movie in the series. That is unbelievable. The premise of the movies shows two adult males acting in foolish ways and think that any childish prank is funny. I have never seen the series of movies, but I looked them up in Wikipedia. There is a saying, “Never Underestimate the Intelligence of the American People.” Apparently, the film makers did not. I saw an article today about  foods that make you dumb. I was shocked that there was actually an article with research about the subject. Some of the foods listed were microwave popcorn,  foods than contain trans fats, high fructose corn syrup which is in almost all foods in the United States, doughnuts along with the obvious junk food and anything high in sugar.  You might think that everybody knows this.  However, there are a significant number of doughnut shops throughout the U.S.  Soda contains high fructose and is sold by the millions as well.  When people argue many times they do say dumb things to each other which then escalates into a full blown fight.  Often times its something small and insignificant that sets a chain reaction.  Its obvious by my blog that using the word dumb or calling someone dumb is, in my opinion, wrong.  The stores have mannequins on display that used to be called dummies.  Don Rickles uses the word dummy in his acts and has made  an excellent living using the word in a joking way.  He isn’t doing it to be cruel, but his audiences do laugh and enjoy his humor.  There was also an old tern that was used for people who could not hear and speak.  It was deaf and dumb.  Again, extremely insensitive.  Politically correct at least has rejected many of the negative terms and sayings using words that are cruel and insulting.  I hope if any of my readers hear someone use dumb in reference to another individual, they will speak up and not allow that injustice.  This is the last day to vote.  Please consider placing a vote for Mae Charles, Inc. 89108 at https/www.missionmainstreetgrants.com